Choosing the Right Paint Color for Your Home 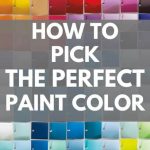 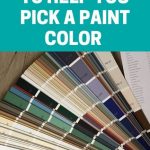 Choosing the right paint color for your home can be intimidating.  No one wants to take the time an energy to paint a room only to realize the color is completely wrong. Not only is this a time waster, but also, if you have hired a painting company to do the work, it’s one expensive mistake.

So now you ask yourself, How do I choose paint colors for my house?

There is a secret to choosing the right paint color for your home.

Lighting, its’ all about the lighting.

Save yourself from wasting money and time by reading along to understand how lighting can affect your paint color.

Don’t forget to pick up these amazing painting tools! They will only make your life easier! 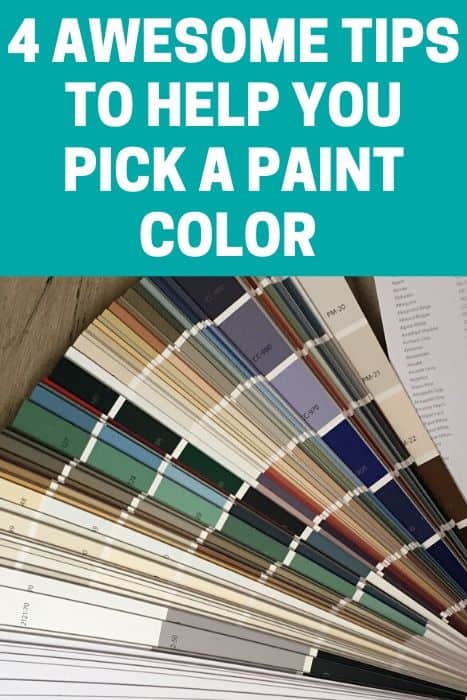 Undertones and choosing the right paint color for your home.

What is an undertone?

Paint colors are often created by using two or more colors. If there is a higher percentage of one color over the other, that creates an undertone.

All colors have two undertones: cool and warm.

Don't start painting until you have the right tools!
SHOP MUST HAVE PAINTING TOOLS

How do you decide between a warm or cool paint color?

Look at the fixtures, cabinetry, floors, and the trim in the home. If you want to emphasize the undertone for example, A brushed nickel faucet pairs well with a paint color with a cooler undertone such as Gray Cloud by Benjamin Moore. Whereas, a red brick fireplace is complemented beautifully by a paint color with a warm undertone, an example being Neutral Ground by Sherwin Williams.

If you are looking more along the lines to balance the warmth or coolness, go with the opposite undertone from your fixtures or cabinetry. One example would be choosing a cooler  paint color to balance out warm wood trim.

Knowing your undertone will help you in choosing the right paint color for your home. 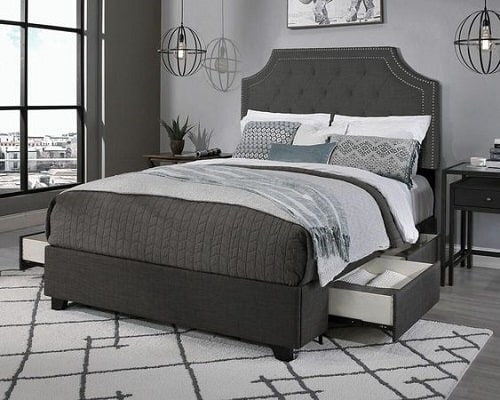 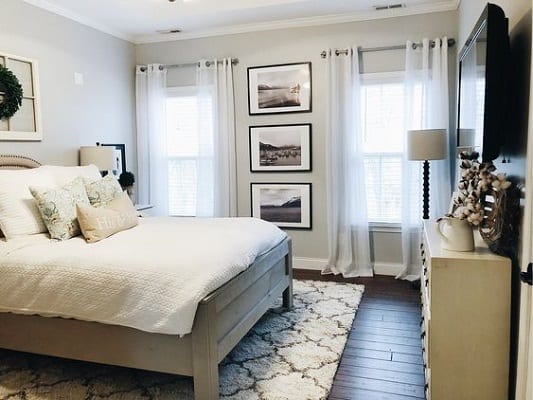 Consider your light situation when choosing the right paint color for your home.

Light plays an important role in the way a color looks and can change the appearance of virtually any color. For this reason, it’s a good idea to be familiar with the lighting situation of the room you are choosing the right paint color for. That’s to be said for natural sunlight as well as artificial light.

In terms of natural sunlight, as the day progresses, the lighting intensity changes, creating the changes in the appearance of paint colors.

At sunrise , the sunlight is warmer because it’s lower to the horizon. As a result, the sun gives off a warm yellowish cast. As the day proceeds to midday and the sun rises, producing more of a bluish, cooler cast. At midday, in direct sunlight, colors will appear to be a bit washed out. Finally, as the day concludes to evening, the warmth is back, but now giving rooms  more of a reddish cast. 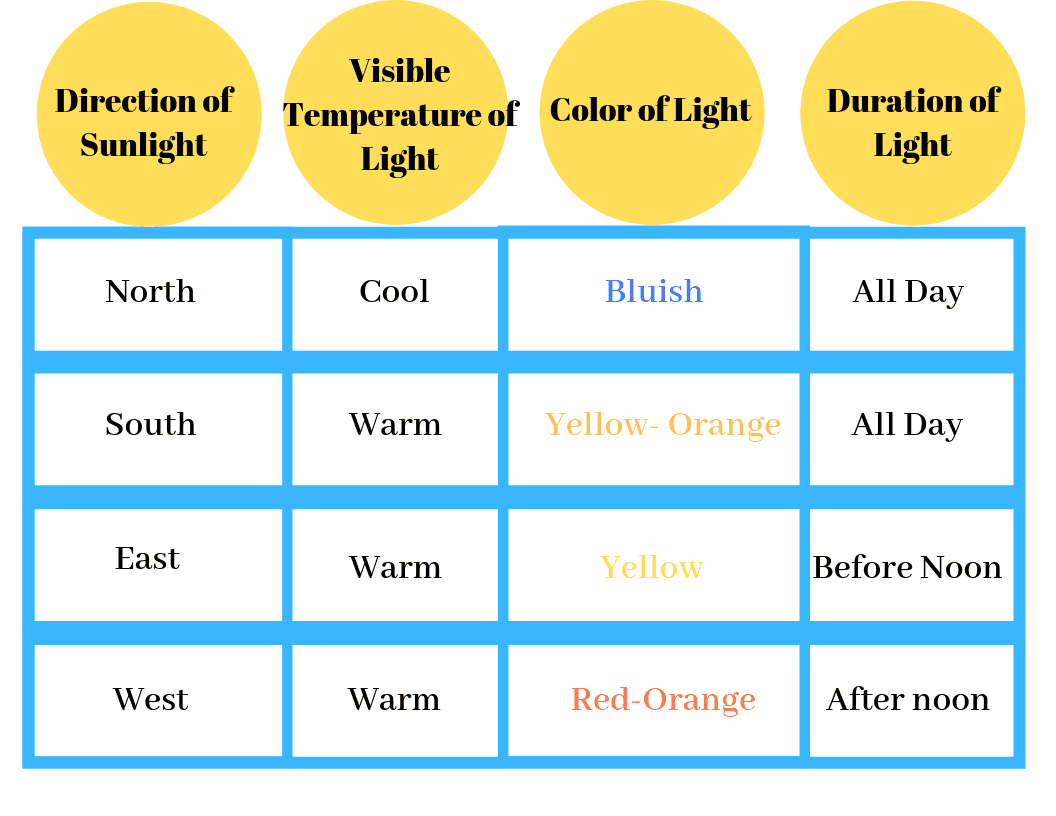 South-facing rooms– In South facing rooms, there tends to be a consistently bright light throughout the day. Warm and cool tones work with south facing light, This light intensifies colors, so darker colors will seem brighter while,  softer colors will

East-facing rooms– East facing rooms have the brightest light in the mornings, with a yellow-orange tone.  If a east facing room will be used mostly in  the evenings, going with a warm palette will help balance the lack of natural light.

West-facing rooms- Early evening is when West-facing rooms have the best light. Warmer tones might seem overwhelming because of the red -orange the light gives off. However, if the main use for the room is in the mornings, the colors won’t appear as intense.

Like sunlight, artificial lighting largely affects the appearance of a paint color you choose. Depending on the type of light bulb you choose, the color of your paint will look different.

Light-emitting diodes (LEDs): LED bulbs can be either cool or warm. They are flexible and work well with any color.

Compact fluorescent lights (CFLs): CFLs come in a variety of colors. They can off either a warm white, neutral or bluish-white light.

Incandescents: Incandescent bulbs give of a warm yellow light. They will enhance warm tones like reds, yellows and oranges, while muting colors such as blues and greens.

If you are looking to set the mood to a warm and cozy space opt for warmer light bulbs such as the incandescent bulbs. These will also compliment warm wood tones and darker colors.

Would you rather have a cool, crisp feel to your room? If so, go for LEDs in bright white, or CFLs. Additionally, these types of bulbs will make brighter colors pop.

Not only does the type of lighting have an effect when choosing the right paint color but also, so does the lighting fixture. 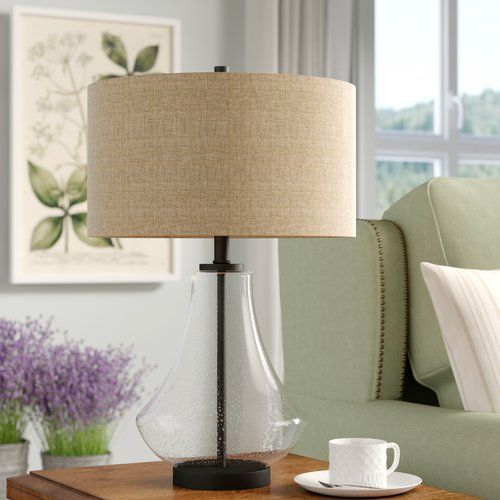 Lampshade– A lampshade will affect the strength of the light bulb it holds. Being that most lampshades are solid, the amount of light produced is diminished a bit. White, off-white and ivory shades give off the brightest light. While darker shades give off less light and mute the appearance of surrounding colors. If you have a lampshade in a warmer color , the light will come of in a warmer hue, creating warmth to everything else in the room. 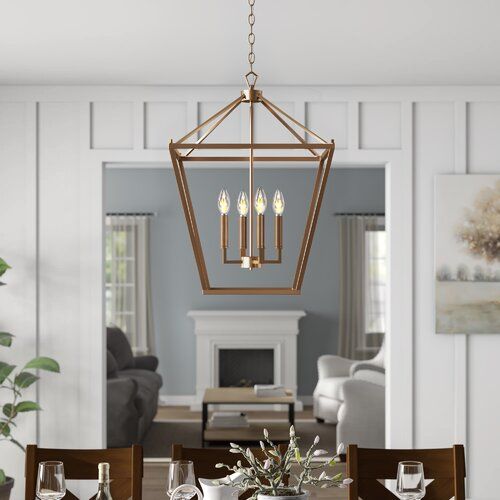 Pendants /Down Pointed Lights– Down pointed lighting is directed down and illuminates floors. Pendants direct light down making them ideal for work spaces, such as kitchen islands.  As a result, the down pointing light can usually make ceilings feel darker or unlit.

Sconces / Up Pointed Lights– Sconces and lights pointing upward, direct light towards the ceiling, which in turn illuminates the ceiling and upper portion of your walls.

The LRV ( light reflectance value), is the amount of light a paint color either absorbs or reflects. LRVs range from 0-100, with 100 being pure white and 0 being absolute black.  So the higher on the LRV scale, the more light reflective the paint color will be. 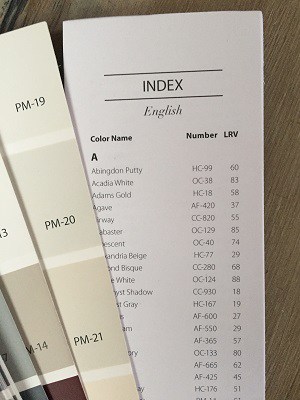 It’s always good to check the LRV  when choosing the right paint color. It will help you when you are dealing with rooms that don’t receive a lot of natural light. For example, for a smaller office with only one window, you’d want to opt for a color such as Pale Oak by Benjamin Moore, which has an LRV of 69.89. The high LRV of this paint color will be able to reflect the little natural light the room has, giving the room an airy feel.

Paint sheen plays a role in the way a color looks as well. This is one aspect that is often overlooked.

The higher the gloss level of a paint color, the more light it will reflect and the brighter the color will appear. While a paint color with a matte finish will not be reflective and will give the paint color a truer appearance.

Key elements you should keep in mind when choosing a paint color for your interior are: 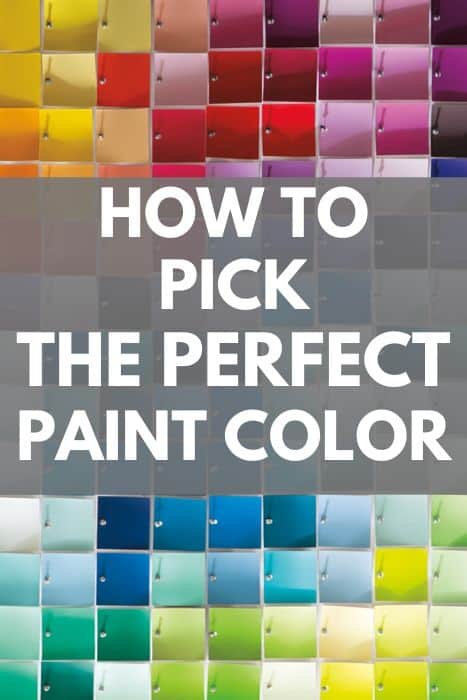 Finally, my biggest recommendation when it comes to choosing the right paint color for your home is to pick  3 or 4  colors you are drawn to, get samples, and paint swatches in the rooms you want to paint.

Be prepared to swatch! Grab yourself some chippy brushes.

Don’t paint small dinky swatches either. I’m talking big, large, monster swatches so you can actually see the color. Then just live with the swatches for a few days, checking them throughout the day, in different lighting, natural and artificial.

You want to make sure you are covering all bases before choosing the right paint color for your home.

8 thoughts on “Choosing the Right Paint Color for Your Home” 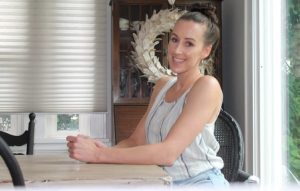